When we decided to have a stream built in the backyard,  the landscape gardener asked two questions. What sound did we want from the small waterfall? Did we want moss on the rocks? He returned with metres of pvc pipe, rolls of pool liner, and truckloads of bare bushrock  and river pebble. He was finished in three days, and at first his stream looked as artificial as a water feature in a shopping centre. 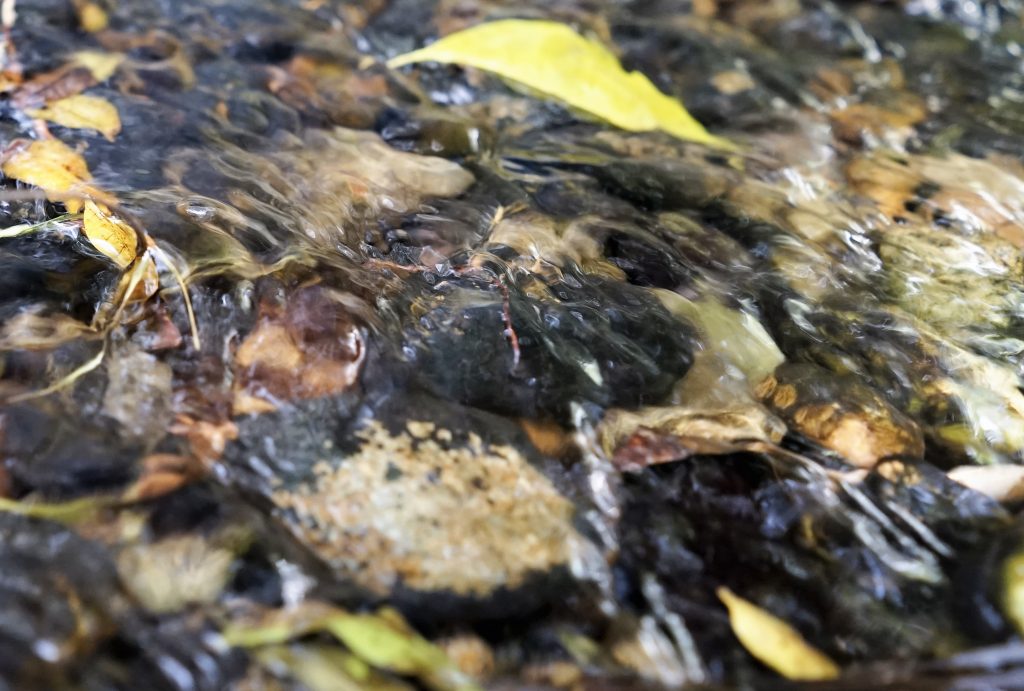 The shallow pebbly stream oxygenated the water at a pond at its base. When we moved half the goldfish from our still-water pond to this new pond, they each doubled, then tripled, then quadrupled in size, and then their population multiplied too. The few aquatic snails that we moved to the new pond soon became dozens, eating the algae that began to grow on the pond rocks.

Then the striped marsh frogs found the new pond and moved in, and multiplied. I can hear them as I type this. The bush rocks provide them daytime hiding places, and the pond plants protect their tadpoles.

The magpies and currawongs began to drink and wash in the stream. The kookaburras found the pond too, forcing us to cover half of it with chicken wire and to expand the coverage of water plants.

The promised mosses, presumably wind-borne, gradually spread over the bush rocks along the edge of stream. Some developed a thick green carpet, some covered the rocks with a dry green powder. 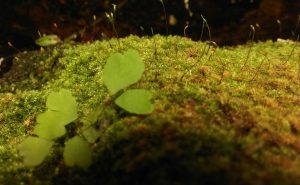 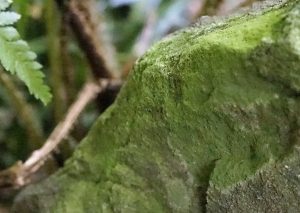 Lichen and liverworts found their way too. 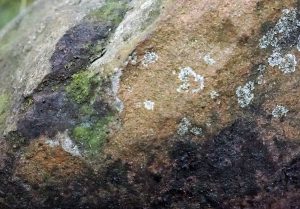 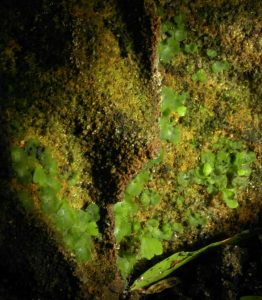 Tiny elkhorns grew wherever they could find a toehold in the rocks. 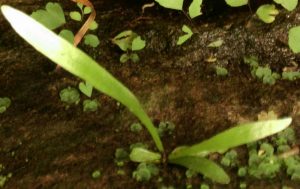 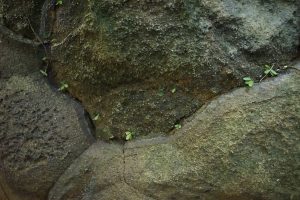 And the ferns arrived, taking root in and around the bush rock. Some have since died and some have survived. The first, a fishbone fern, outgrew the rock-hold where it established. Currently there is a soft tree fern, whose rapid growth will soon pose a problem, and a birds-nest fern, that established precariously on a rock and is now thirty centimetres high. 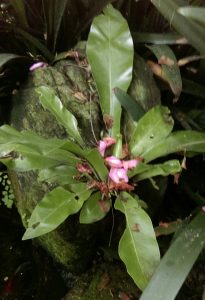 But most common are the maidenhair ferns. I have always loved their shivery delicacy as an indoor plant, but was never been able to grow them successfully. In its favoured riverine environment, though, the maidenhair  is as tough as the weed it must often become. Dozens of plants spread along the water’s edge, attaching both to soil and rock. 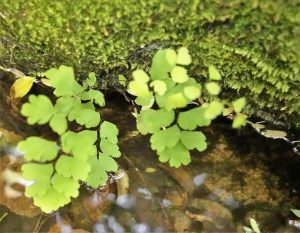 The gardener put in the plumbing to generate running water, but it was waiting that produced a stream. A riverine ecosystem has established itself, taking seed from a wider inner city environment that I knew nothing about. We waited for it, but it had awaited us: the spores had always been there, but in the past they’d been unable to find a place to grow.

The garden, then, was a coming together. It is a system with a mind and a fund of knowledge that reach far beyond mine.

One thought on “A riverine environment”